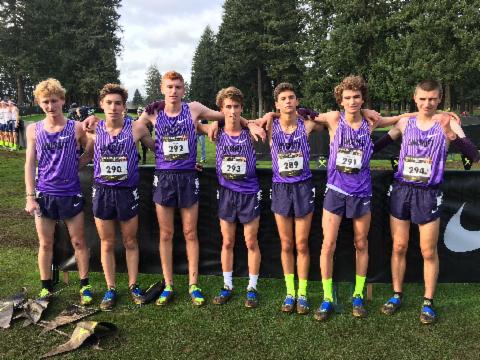 The Christian Brothers Academy cross country team concluded another tremendous running season this past weekend at the Nike Cross Country National Championship in Portland, Oregon. The Lincroft squad finished a very respectable seventh place in a race against the best 22 high school teams in the country.

This was CBA's seventh straight qualification for the Nike Cross Nationals and marks the sixth time they have finished within the top-10 overall. National champions in 2011, the Lincroft boys have finished among the top ten four other times, placing second in 2013, fourth in 2012, fifth in 2010 and eighth in 2005.

The Colts finish a season that was filled with accolades, as usual. CBA captured their 13th Eastern States title at the Manhattan Invitation back in October, marking the first time since 2013 they have won the prestigious race. The team added their 32nd Shore Conference Championship at the end of October, with seven runners setting personal records in that race.

CBA brought home their 27th Non-Public A State Championship in November, the first of what should be many under Coach McCafferty. Finally, the Colts won the Nike Northeast Regional at Bowdoin Park in New York to qualify for the Nationals.

Christian Brothers was consistently ranked among the top-five in the Flo50 National Rankings, finishing at seventh as determined by their Nike Nationals finish.

The Colts now turn their attention to defending their indoor track state championship, with many of the XC runners set to excel state-wide on the track.