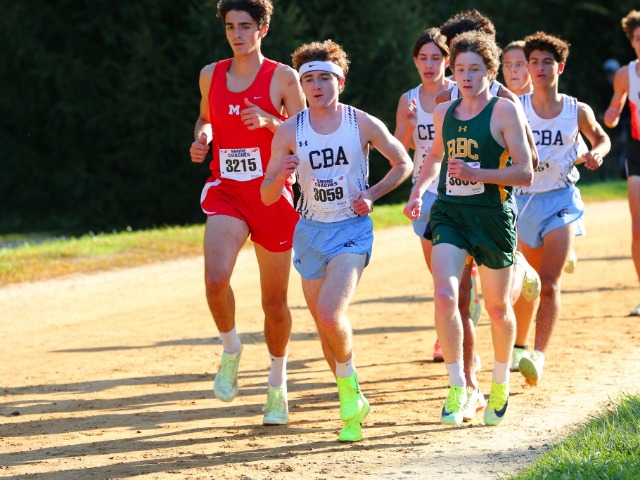 Proving their top-three national ranking is no accident, the CBA cross country team capped off an outstanding three week stretch with its 37th Shore Conference Championship on October 22.

The conference title came after CBA won both the Eastern States Championship and Monmouth County Championship less than two weeks before.

It is the 19th Shore Conference victory in a row for Christian Brothers.

On October 11, the Colts were paced by senior Zach Shroba, who finished third overall. Sophomores Alex Mastroly and Ryan Schmitt each finished in the top-15, as CBA outlasted Manalapan for the overall victory.

The Monmouth County win was number 53 overall and 21st in a row.

To start their impressive run, CBA XC topped the field at the Eastern States Championship at the Manhattan Invitational on October 8.

Against top competition, the nationally-ranked Colts flexed their muscles, winning the event by nearly 100 points over second place Corning, New York. The team's average of 12:53 was third best in school history.

CBA now has some prep time before the Non-Public A State Championship on November 5.