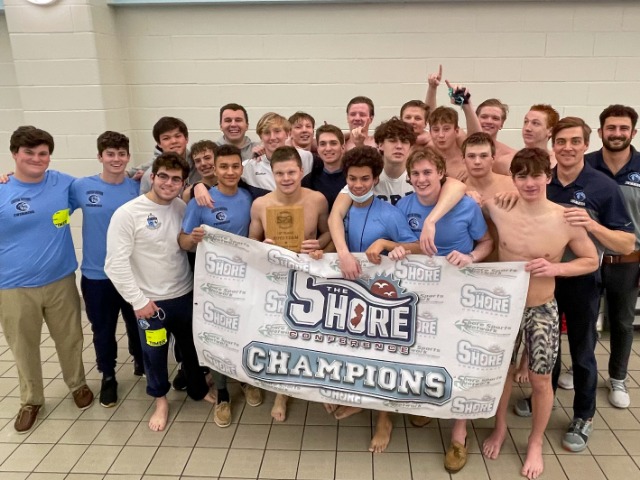 Since the team was founded in 1990, there have been nothing but wins in the Shore Conference Championship for CBA Swimming.

The Colts won a 31st consecutive title on January 31 at Neptune Aquatics Center, continuing a streak that took a year hiatus in 2021 for Covid precautions.

Christian Brothers won by 172 points over second place Holmdel, winning four of the 10 events on the night.

"We are very pleased with how our guys swam last night, it was probably the most complete effort we put forth as a team in a meet this season," said head coach Alex Fitton '09. "We have had some great swims so far the season, but have been a little inconsistent. Being able to come in last night and end the regular season the way we did sets us up very well for the state tournament."

After being the high scorer at the Monmouth County Championship, junior Luke Condon once again led the way for the Colts. He set a new conference meet record in his 50 freestyle victory at 21.22 seconds. Condon also won the 100 freestyle as an individual.

"Our guys know what we are capable of when everyone is swimming their best, and I think we are hitting our stride at the perfect time," Fitton said.