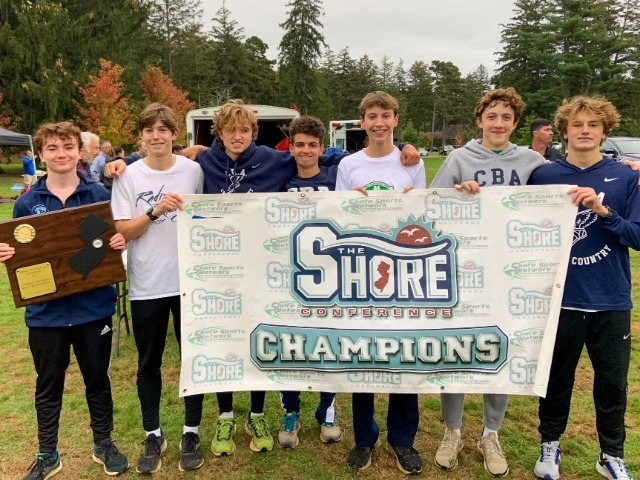 Christian Brothers Academy Cross Country has entered its "championship season" with a typical level of dominance.

A week after winning the Monmouth County title, the Colts ran away with the Shore Conference Championship on October 28 at Ocean County Park.

Christian Brothers was 52 points clear of second place Colts Neck in the team standings, with senior Jack Moran leading the charge with a tight second place finish in the race.

Moran went toe-to-toe with Freehold Township's Dan Valentino down the stretch of the race, finishing as the runner-up by just one second. Junior Nick Sullivan was third in the race and freshman Joe Barrett entered the top-10 in ninth place. Sophomore Jack Falkowski (18th) and sophomore Alex Kemp (20th) completed CBA's scoring five.

The Colts averaged 15:47 among their top-five and just 49 seconds separated Moran and Kemp. The win is CBA's 37th conference championship, which is by far the team record.

At the Monmouth County race on October 21, Sullivan was second and Moran was fourth as CBA rolled to a 41-point victory.

The Colts will now turn their attention to the Non-Public A State Championship meet on November 13, where CBA will seek its 31st state title.