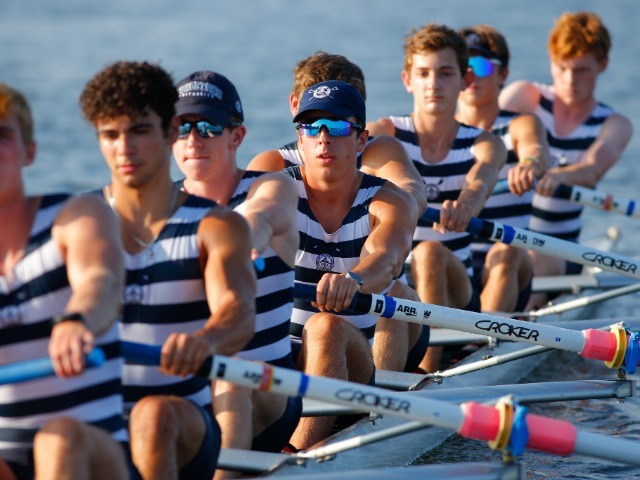 The Christian Brothers Academy crew team rowed to impressive results at the inaugural Overpeck Fall Classic Regatta, taking medals in four of five events and finishing in the top five in each of its events in this 3,200 meter head race.

CBA’s fours were formidable against competitors from the tristate area and Pennsylvania, with top three finishes in each Men’s Youth Four race. The varsity quad finished second in its race with a fast time of 12:02.9. First varsity oarsmen and coxswains in the coxed four claimed third place from a field of 16 crews. The junior varsity distinguished themselves by sweeping the top three spots in the Youth Second Varsity coxed four.

First and second varsity oarsmen and coxswains in the eights raced against the biggest fields, placing fourth and third, respectively, in fields of 16 and 22, with the second varsity collecting bronze.

The Colts now turn their attention to the Head of the Charles Regatta on October 21-23, the largest in the world. CBA will be fielding three boats: a youth coxed quad and two youth coxed fours.