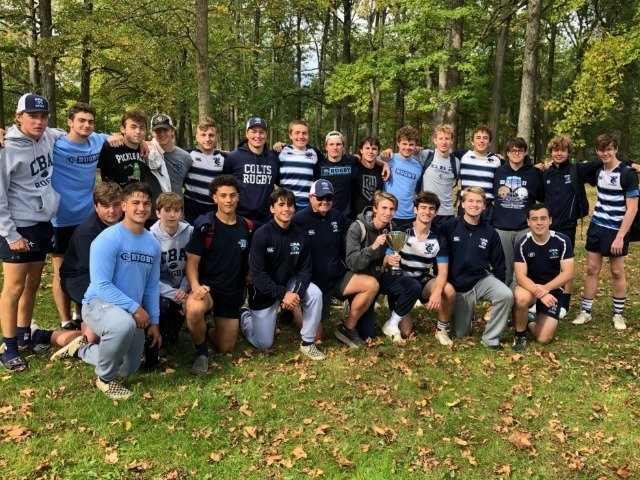 After five weekends of strenuous play, the Christian Brothers Academy rugby team emerged as a winner.

The Colts took home the 2021 Fall Sevens Series title, winning two of the five weekend tournaments along the way.

Christian Brothers won the Union Tournament back on September 19 to open the season, before also being victorious at October 10's Morris Tournament. CBA went an undefeated 4-0 in both tournament wins.

Overall, the Colts posted a 17-3 record, which was good enough for the series title.

"Fall 2021 was a great return to competitive sevens for CBA," said head coach Pat Moroney. "While our varsity battled hard all season against some fantastic competition, the Fall Series came down to a points difference in the end. I am excited about where these great gentlemen will go in the future."

Senior Sean Tennyson led the offense as the leading scorer, while seniors Casey Hoffman and Chris Ern were the defensive captains for the Colts.