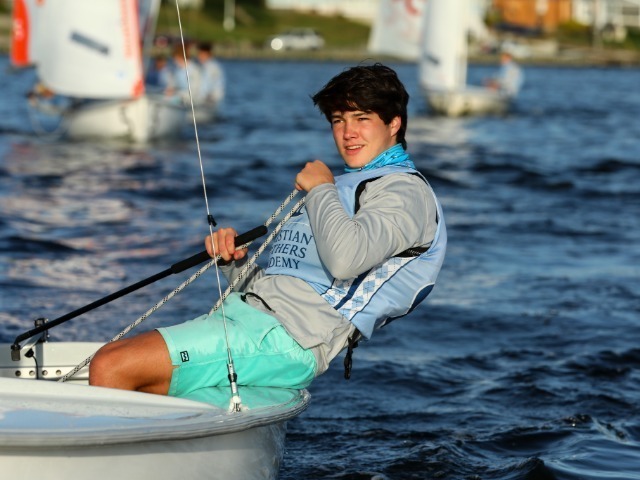 The Christian Brothers Academy sailing team will be returning to the national stage in a few weeks.

After a third place finish at the Mid-Atlantic District Championship, the Colts qualified for the Atlantic Coast Championship, considered the nation's top regatta of the fall sailing season.

It is the third time in the program's 14-year history that CBA has qualified for this national regatta. The previous two trips came in 2010 and most recently in 2016.

Senior Colin Guerrera and junior Nick Cuhna set the tone for the team early on, winning the first of 10 races in the B Division. Guerrera, Cuhna, and senior Connor Feury finished fourth overall in the B Division.

The success at the district level comes after CBA won the program's third fall league championship two weeks earlier. The three fall titles are tied for the most in New Jersey High School Sailing history.

The Colts will travel to the Atlantic Coast Championship on November 13 and 14, hosted by Old Dominion University in Norfolk, Virginia.