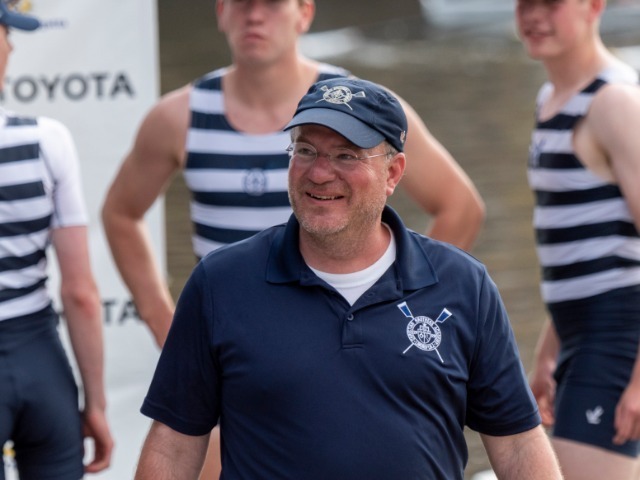 During his tenure at CBA, Coach Belford transformed CBA Crew into a formidable opponent in the very competitive Mid-Atlantic rowing region.

In addition to dozens of state and regional titles, Belford led CBA Crew to five Stotesbury Cup wins, four Scholastic National Championships, three consecutive top ten finishes at the Head of the Charles, and a second-place finish at the US Rowing Youth Invitational Regatta - unprecedented for a four year high school program.

"Coach Belford’s promotion to the collegiate level is a testament to the amazing work he has done at CBA," said Director of Athletics Michael Mazzaccaro. "We thank him for his years of service and wish him the best of luck at Monmouth University."

The women's rowing program at Monmouth is a brand-new addition to the Hawks' athletic department.

CBA will be led this fall by Brenin Ford '11, who has served as an assistant to Belford for the past few seasons. Ford was a rower for CBA during his time as a student.

The Academy has opened a national search for the next permanent varsity crew coach.