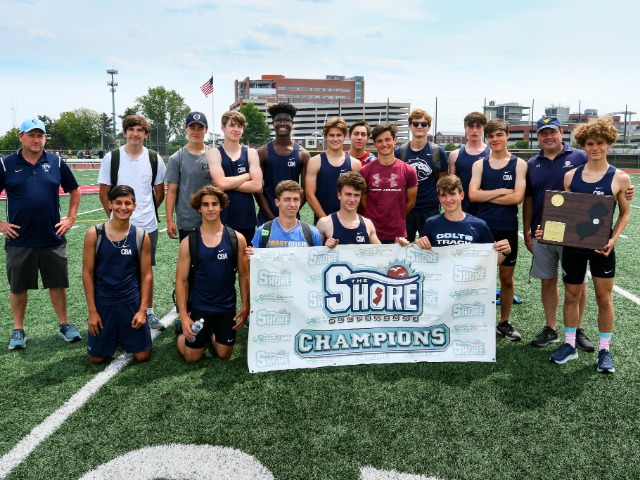 After not being able to compete last spring, Christian Brothers Academy Outdoor Track & Field has wasted no time getting back to its winning ways.

The Colts won both the Monmouth County and Shore Conference championships in the span of one week.

The Monmouth County Championship was CBA's 11th straight county title and featured big performances from the field athletes. Junior Robert Manse won the discus event and finished third in the shot put to lead the way.

In fact, Christian Brothers had five top-10 finishers in the shot put finals at the county meet. The Colts had a total of 14 top-three finishes on the day across all events.

At the conference championship, CBA swept the top-three spots in both the 3200 and 1600 distance runs. Senior Chris DeSousa continued his terrific year by winning both events, while seniors Ben Santos and Dan DeMasi finished second and third in the 3200. Junior Jack Moran and sophomore Nick Sullivan were second and third in the 1600.

Seniors Liam Miksic and Andre Terrone were second and third in the javelin, while sophomore Kam Coleman finished fourth and set a new school record in the triple jump at 43-07.50.

The Colts will now gear up for the state championships on June 11 and 12.