CREW NOTCHES BEST FINISH EVER AT HEAD OF THE CHARLES REGATTA 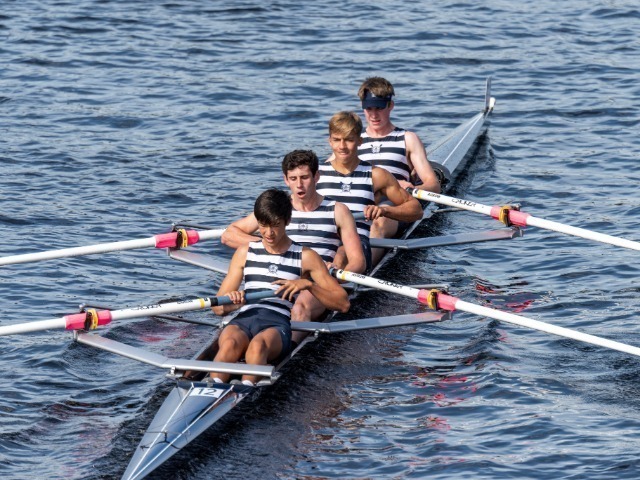 The Christian Brothers Academy crew team returned to the prestigious Head of the Charles Regatta this past weekend, and left with their best finish in team history.

It is the third time in four years that CBA has put a boat in the Youth Four top-10.

CBA sent a third boat to compete in the Youth Four Division, consisting of Dylan Wade '21, Brendan McCue '21, Austin Straley '22, Michael Jordan '21 and Grant D'Orsi '21, but they suffered a collision in the race.

The 20 athletes are the most rowers that Christian Brothers has ever sent to the Head of the Charles.

This impressive showing comes a week after CBA took first and second in the Varsity 4 at the Navy Day Regatta in Philadelphia.

The Colts will continue their fall season at the Head of the Schuylkill next weekend back in Philadelphia.