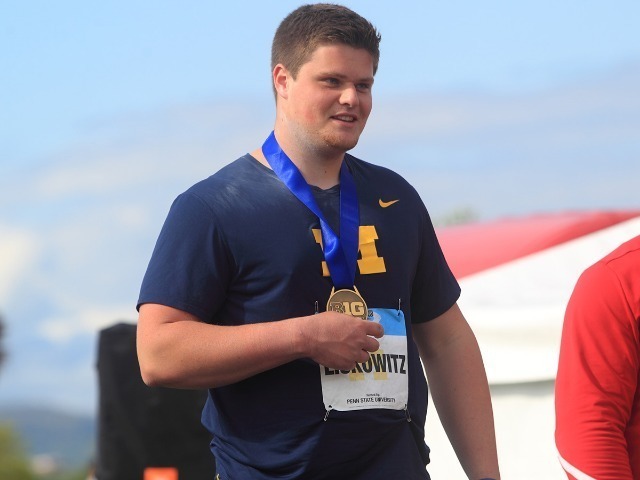 Track & Field alumnus Andrew Liskowitz '15 has had himself quite a month in throwing events against top competition.

Back on June 29th, Liskowitz threw a 69- 4.75 to break the University of Michigan school record in the shot put at an event on Michigan's campus. His throw met the qualifying standards for the 2019 IAAF World Championships and 2020 Olympic Games.

Liskowitz, who will be a redshirt senior at Michigan this upcoming fall, was an All-American for the Wolverines this past year.

After his record-setting performance, he found himself ranked No. 6 in the U.S. and No. 19 in the world for this year.

On July 8th, Liskowitz took his talents to the World University Games in Italy, where he earned a silver medal with a throw of 20.49m (67 feet, 2.75 inches). That throw was his second-best of his career, just behind his record setting performance from the week before.

Liskowitz is now readying for the USATF Outdoor Championships in Des Moines, Iowa on July 26th, which would ultimately qualify him for the IAAF World Championship.

His ultimate goal is to qualify for the 2020 Olympic Games in Tokyo, which he would do if he places top-three next June at the U.S. Olympic Trials.