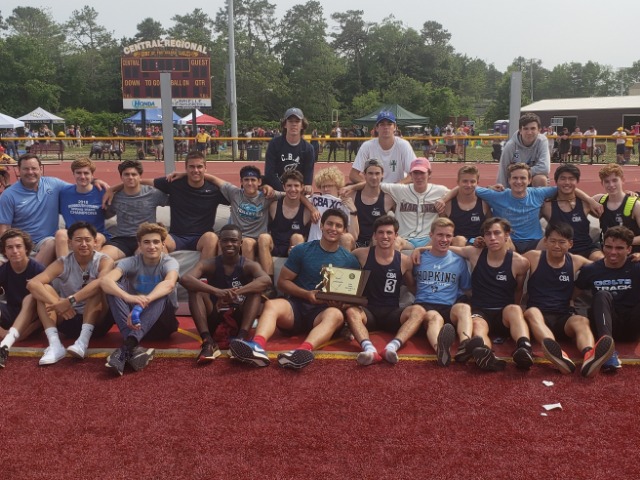 For yet another school year, Christian Brothers Academy is the undisputed best running and field program in the state.

CBA won the triple crown of overall state championships in cross country, indoor track and outdoor track. They also won both the cross country Meet of Champions and the indoor track relay state meet to complete the true "sweep."

On Saturday, the Colts won five individual events and finished top-three in six more to win the championship by 41 points over state rival Union Catholic. The title is the fourth straight for CBA in the outdoor season.

"These seniors have contributed so much to this program," head coach Karl Torchia said. "In the last four years, they haven't lost any track meet that we've entered them in. Many of these runners have won 15 state championships during their CBA careers."

Senior standout Tim McInerney continued his tear through his final season with wins in both the 1600 meter and 800 meter events.

Luke Reid, Troy Hill and Shaw Powell finished second through fourth in the 3200 meter, while CBA took second in both the 400 and 800 meter relays.

The winners of each event qualify for the Meet of Champions, which will be held next weekend at Northern Burlington.