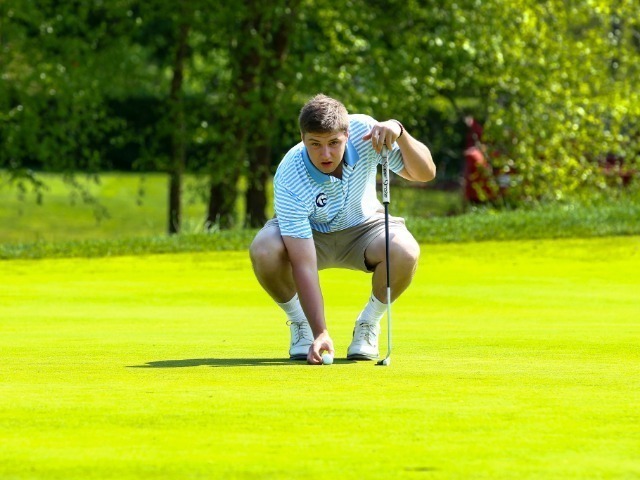 There is no one better on the golf course than the Colts for the third straight spring.

Christian Brothers Academy captured the 2019 NJSIAA Tournament of Champions (TOC) and State Championship titles on Monday afternoon at Hopewell Valley Golf and Country Club, following up wins from the 2017 and 2018 spring seasons.

At the center of it all, senior Jack Wall won his second straight TOC individual title, completing a historic CBA Golf career. This time, he had to outlast his teammate Brendan Hansen in a playoff to secure the victory. Both shot a 70 through 18 holes.

"To win [the team title] this year with Brendan was a lot of fun because we wanted to end our CBA careers with a win," Wall said. "We looked forward to this chance all year and to get the win was unbelievable. Brendan is a great player and I knew I was going to have to play good golf to get the individual win."

Wall and Hansen have been engaged in a friendly battle for individual honors throughout the spring season. Wall won the Monmouth County and State Sectional titles, while Hansen won the Shore Conference title.

Last year, Wall became the first CBA player to ever win the "grand slam" of all four titles in one season.

"Over the last few years, I think that we all pushed each other to be the best," Wall said. "What I will cherish most are my teammates. Over my four years at CBA, I was lucky enough to be apart of a brotherhood. "

With the 2019 title, the Colts now have 10 TOC wins all-time, which is tied with Bergen Catholic for most in the state.

"I'm so proud of all of these golfers, all 14 of them contributed to the team's success," head coach Tim Sewnig said. "These guys didn't just win, they won with class and dignity. Even in the last few minutes of the season, when we weren't sure if we had won or not, the best moments are those team moments, with friends supporting each other."

Over the last three seasons, the Colts have won every major championship that they've played in, which includes the county, conference, state sectional and TOC. CBA is also undefeated in dual match play over that same time, including 15-0 this spring.

"Next year will be a slightly different team and we'll have to figure out who we are as we go, but for now, I'm not quite ready to let go of this year," Sewing said. "I realize how much I am going to miss this team."