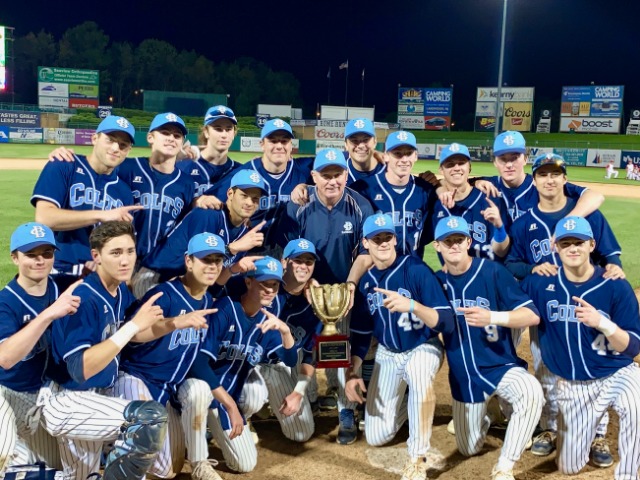 Senior pitcher Joe Escandon was more than ready for his moment at First Energy Park on Tuesday night.

The Ocean Township native pitched a dominant two-hit, complete game against his hometown team to lead CBA to a 8-1 victory and their ninth Monmouth County Championship.

Escandon had a no hit bid going into the seventh inning, ultimately giving up just two hits and striking out six Ocean batters. He needed just 58 pitches to get through the first five innings. Sixty of his 91 pitches were for strikes.

The Colts jumped out to a 3-0 third inning lead on the Spartans when Anthony Celestre doubled to score one run and Tommy DiTullio singled in two more runs.

Braedin Hunt was the offensive star of the game for Christian Brothers, delivering a two RBI double in the sixth and a RBI triple in the seventh.

It is the Colts' first Monmouth County win since 2016, when then-senior and current UNC pitcher Luca Dalatri wrapped up a three-peat for CBA. The 2019 victory makes four championships in six seasons for the Colts.

Christian Brothers (12-4) has won 10 of their last 11 games. The Shore Conference Tournament begins next Wednesday.