LACROSSE HOSTS BATTLE FOR A CAUSE AGAINST LASALLIAN OPPONENT 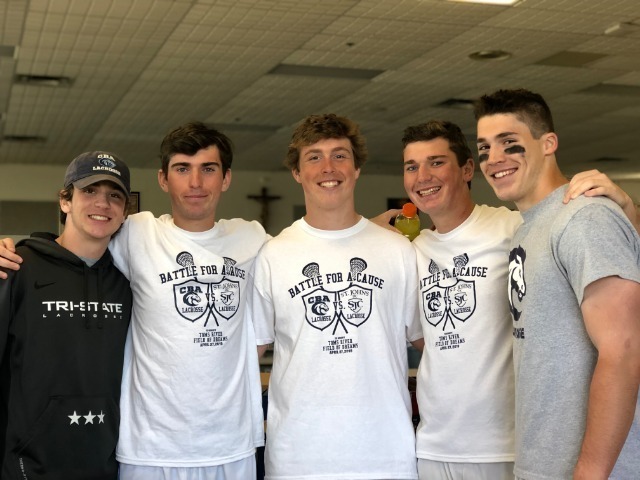 “Once we set that up, it dawned on me that, since we were both Lasallian schools, it would be a good idea to join together for a cause,” Santos said.

Santos knew pretty soon after what charity he would pick to donate the event proceeds towards.

“After [St. John’s head coach] Wesley Speaks was immediately 100-percent on board, I chose Toms River Field of Dreams because of my connection with Christian Kane,” Santos said. “He has longtime ties to the Academy. We both started at CBA as coaches in 1994 and became friends.”

Toms River Field of Dreams has been created to provide communities in Monmouth and Ocean Counties an all-inclusive complex which has a playground and other multiple physical and cognitive environments which create and recognize everyone’s right to fully participate in equitable play.

Kane became passionate about this cause after his young son, Gavin, was injured in a car accident when he was just 19-months old. Gavin, who is now six years old, lives with severe brain damage as a result of the accident.

Kane coached basketball at CBA for 15 years during Ed Wicelinski’s tenure. His dream of constructing the park started become a reality this March when crews began clearing the 3.1 acre site at Bey Lea Park Complex in Toms River.

With all this in mind, CBA Lacrosse hosted the Battle for a Cause on Saturday afternoon against St. John’s. While the Colts emerged victorious on the field by the score of 10-7, both teams helped raise over $2,000 for Field of Dreams through a 50/50 raffle and t-shirt sales.

After the game, both Lasallian teams and families joined together for a BBQ in the CBA cafeteria.

Kane’s is looking to raise about $400,000 to complete Field of Dreams and donations of any amount can be made through their GoFundMe page at www.gofundme.com/trfod.