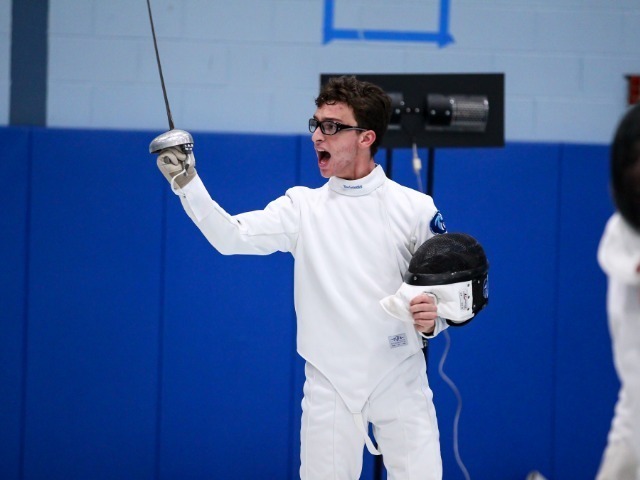 Coming into this year, the CBA fencing team knew that it would be hard to eclipse their groundbreaking 2017-2018 season.

Led by a group of dedicated, talented seniors, the Colts remained one of the most competitive teams in New Jersey this season, which ended last week with the individual state championships.

Perhaps the biggest highlight of the year came on January 29th when Christian Brothers hosted St. Peter's Prep in the McKay Gym.

St. Peter's was the number one ranked team by NJ.com and the reigning state champions from 2018. The Colts played them close, tied 13-13 with one fencer remaining. After a big wins for senior Tommy Tsimbinos and freshman Jorge Gana, senior Chris Bonin stepped up and won a 5-4 bout to give CBA an overall victory.

It was the first time that CBA has beaten St. Peter's in team history.

The Colts also had a strong showing at this year's Cetrulo Tournament, which is the biggest tournament of the season. After winning the event in 2018, CBA graduated five seniors, but the Colts managed to finish fourth overall out of 53 teams, which was their second best finish ever.

Bonin and Ferraro were both named to the all-state teams in their weapon divisions.

"Congratulations to our captains for an outstanding year," head coach Mary Mottola said. "Their four-year commitment to the team has not only contributed to record achievements, but their leadership has developed our future leaders. I am honored to have had the opportunity to coach CBA’s best."