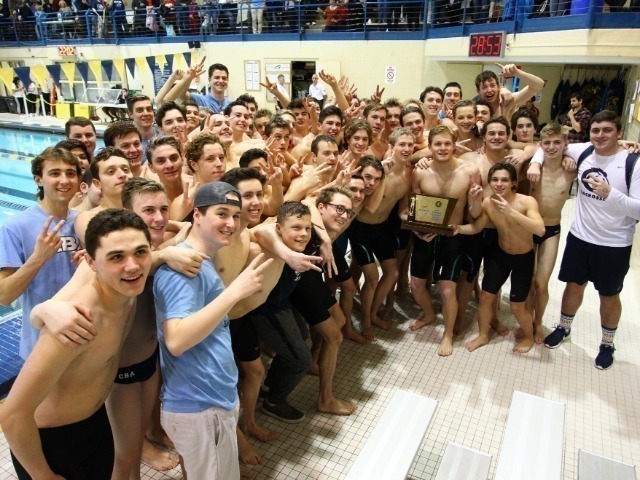 Christian Brothers Academy Swimming saved perhaps their most impressive showing for the meet that mattered most on Saturday morning.

The No. 1 Colts rolled to their 10th state championship with a 106-64 win over No. 2 St. Augustine at The College of New Jersey.

It's the second straight title for CBA and their ninth in 10 chances.

"Every season is comprised of amazing stories that last a lifetime," head coach Vito Chiaravalloti said. "I am so proud of these boys for the heart, effort and emotion they put into each race today."

Christian Brothers won eight of 11 events to secure the championship.

After St. Augustine trimmed CBA's lead to just 12 points, the Colts closed the meet by winning the final five events.

The state championship wraps up an undefeated season for CBA Swimming, while also winning the county, conference and state titles.

The Colts have been one of the most feared swimming teams in the state since Chiaravalloti took over in 2009. Aside from winning seven consecutive state titles from 2010 to 2016, CBA has never lost a Shore Conference Championship, winning their 29th straight title a few weeks ago.

"This group was motivated to be the best team possible," Chiaravalloti said. "Now, they will always be remembered for winning our landmark 10th state championship."