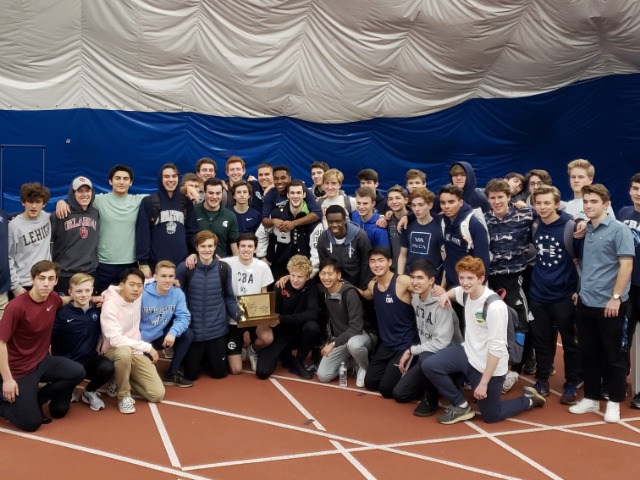 The Christian Brothers Academy indoor track & field team has become accustomed to winning state championships. On Saturday, however, the Colts needed a resilient comeback effort to capture their 24th title.

Christian Brothers defeated Union Catholic by a score of 76-72, and needed the final two events of the day to secure the victory.

Going into the second-to-last event, the 3200 meter run, CBA trailed Union Catholic by 12 points. Juniors Shaw Powell and Troy Hill finished first and second in the event to skyrocket the Colts into first place.

In the final event, the 4x400 relay, the Colts needed to finish in the top-three to ward off Union Catholic. They secured the title by finishing a tight second in the relay.

"It was a great meet with a lot of great performances from a lot of incredibly hard working kids," head coach Karl Torchia said. "Powell and Hill gave us a huge 18 points [in the 3200]. The team has worked all year for this and these young men achieved their ultimate goal."

It's the ninth straight state title for CBA, which extends their own state record for consecutive wins. The 24 total victories is also a New Jersey record.

Senior Tim McInerney continued his strong year with a win the 1600 meter run and a third in the 800 meter.

CBA has a few more events left in the indoor winter season, including Tuesday night's Eastern States in New York City. They'll also participate in the individual Meet of Champions on Saturday.