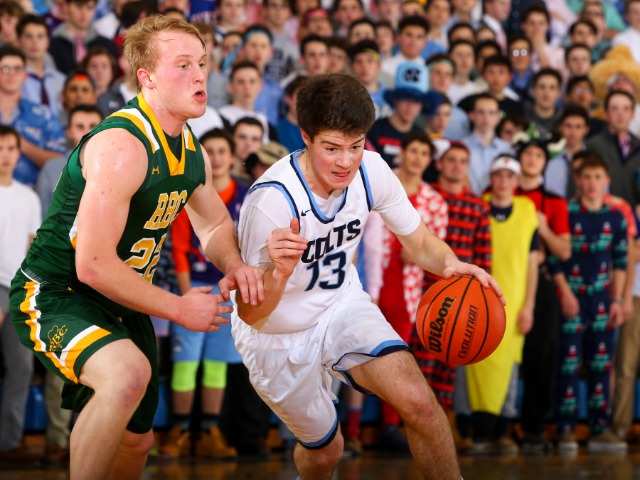 Christian Brothers Academy varsity basketball will return to the court on Friday, kicking off a new season at Marlboro.

Christian Brothers returns the "big three" of center Josh Cohen, forward/guard Stephen Braunstein, and guard Liam Kennedy, all of whom were the top scorers for CBA in 2017-2018.

The 6-foot, 11-inch Cohen averaged a double-double of 15.8 points and 10.8 rebounds last season, both ranking near the top of the Shore. Braunstein was the Colts' leading scorer at 16.3 points per game. Both Cohen and Braunstein were All-Shore selections at the end of last season.

Kennedy was CBA's leading distributor with 3.5 assists per game to go along with 10.4 points per game.

CBA will add sophomores Mike White and Collin Farrell, as well as freshman Ryan Mabrey to the rotation this season.

SHORE SPORTS NETWORK - #2 Shore Conference - "CBA looks like the clear choice for No. 2 before a game has been played. The Colts return three starters – Josh Cohen, Stephen Braunstein and Liam Kennedy – who were the three top scorers on the team last year, the core of a senior-laden team that enters with high expectations. On top of the senior depth, the addition of a solid group of sophomores and freshman Ryan Mabrey will complement the big three."

NJ.COM - NON PUBLIC A TEAM TO WATCH - "CBA is going to ride 6-11 center Josh Cohen as far as he can take it. He averaged 15 points per game on his way to a third team All-Shore Conference selection last season. Fellow seniors Stephen Braunstein and Liam Kennedy will also be key contributors again this year. CBA reached the sectional quarterfinals and Shore Conference Tournament semifinals in 2018."

All home varsity basketball games will once again be streamed live on the CBA Digital Network! You can watch the broadcast from wherever you are by going to LetsGoColts.com and clicking on the Broadcasts tab OR by downloading the ColtsCenter App on your Apple or Android device.