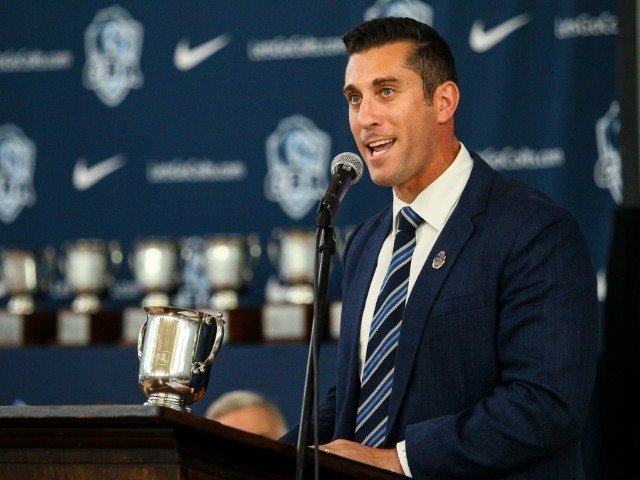 Christian Brothers Academy's Vito Chiaravalloti, Director of Athletics and Head Swimming Coach, has been named to Coach & Athletic Director Magazine's 40 Under 40 List in the Class of 2018.

In partnership with the National High School Athletic Coaches Association (NHSACA), the magazine has announced its group of exemplary sports professionals nominated by their peers for the impressive accomplishments of their young careers. The Class of 2018 will be featured in the upcoming July/August issue of Coach and Athletic Director Magazine.

"I am truly humbled by this recognition. I would like to thank Coach and Athletic Director magazine for this honor," Chiaravalloti said. "I would also like to thank all of the athletes I've coached and coaches and mentors I've worked with during my time in education. I've learned so much from so many and this recognition is more a reflection of the incredibly hard-working athletes, coaches, and staff members I've had the privilege to come across over the past ten years than anything else."

In the 10 years since returning to his alma mater, Chiaravalloti has served in a variety of roles, including a stint in the admissions office, prior to being named Director of Athletics in 2014. He is responsible for administrating all 18 varsity interscholastic sports at CBA, including subvarsity components, 65 coaches and more than 700 student-athletes.

Recently, Chiaravalloti has embarked on multiple innovative efforts, including the development of the CBA Digital Network and CBA Corporate Partnership Program, which has sold more than $100,000 in sponsorship ads in less than two years.

Affectionately know as "Coach Vito" to the student body, he has also led the varsity swimming team to eight state championships in his ten years as head coach, including a run of seven straight from 2010-2016. The Colts have also won every Shore Conference and Monmouth County title during his tenure.


ABOUT Coach and Athletic Director:

For more than 88 years, Coach and Athletic Director has served as the industry’s most trusted resource for quality editorial content for athletic programs across the nation. Published eight times annually, the magazine is focused on all aspects of athletic programs – from strength and conditioning, sports medicine and team management, to program building, facility maintenance and the latest products. In addition, Coach and Athletic Director is the proud founder of the Sports 40 Under 40 Awards, an industry-wide honor that annually recognizes 40 emerging leaders under the age of 40. The awards are held in partnership with the National High School Athletic Coaches Association (NHSACA).