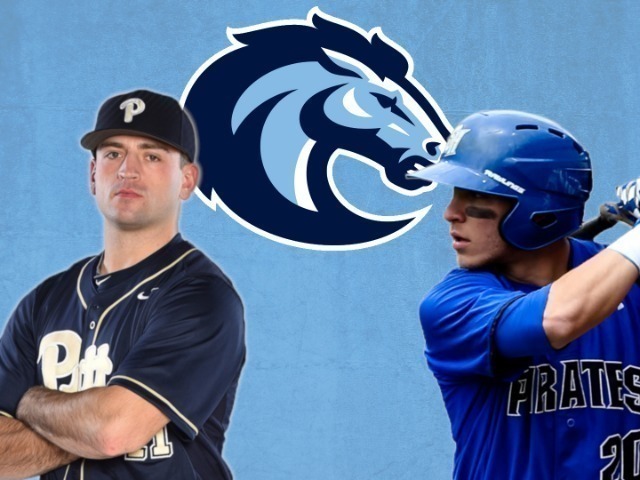 Matt Pidich '13 was taken with the fifth pick in the eighth round of the 40-round draft by the Cincinnati Reds. He was a standout pitcher at the University of Pittsburgh after graduating from the Academy. Pidich was the first player from the Shore Conference to be selected in this year's draft.

Pidich was the ace during senior season at Pittsburgh, leading the team with a 3.05 ERA and had a team-best 99 strikeouts. He earned a win against Georgia Tech when Pittsburgh won their first ever game in the ACC Tournament this past month.

Ryan Ramiz '14 was taken with the 14th pick in the 23rd round of the draft by the Seattle Mariners. He was an all-Big East outfielder during his time at Seton Hall University.

He was one of only four unanimous all-Big East first team sections this past spring, battling an impressive .316 with 32 runs batted in. He led Seton Hall in RBIs, while finishing second in batting average.

Ramiz finished his Seton Hall career battling a solid .283 with 42 extra base hits over four years.

It is the first time since 2016 that a CBA player has heard his name called in the draft. That year, both Luca Dalatri '16 and Brandon Martorano '16 were selected, but they decided to remain committed to attending the University of North Carolina, where they both currently star.

The list of Colts baseball players who have signed professional contracts: