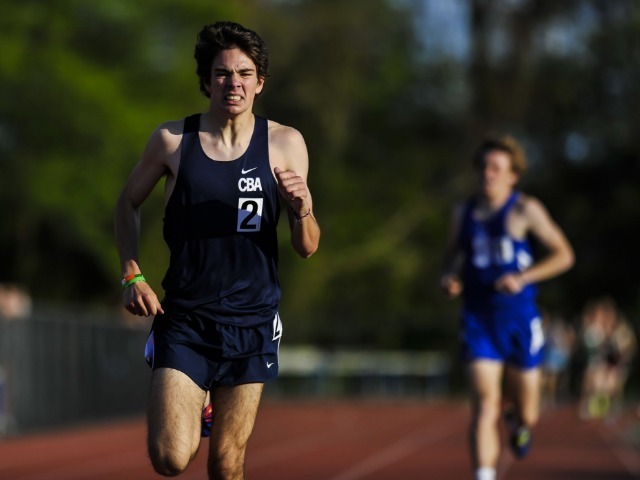 The Colts got out of the gate quickly, thanks in part to junior Tim McInerney's outstanding performance in the 1600m. Trailing as the race hit the final 200 meters, McInerney put himself into overdrive and pulled away for the win, running 4:10.75 to surpass the meet record of 4:13.88 held by Craig Forys of Colts Neck since 2007. McInerney's time is the best in New Jersey this spring.

"Tim is a teammate first and foremost, his best races come when his team needs him most," distance coach Sean McCafferty said. "We needed big points in the 1600 and Time scored big. When we need him, we trust that he will give a huge effort to his brothers."

CBA recorded 103 points, over 40 points better than second place Ocean Township with 60. It is the 24th overall Monmouth County title for the program.

The Colts will be back on the track on Wednesday for the Shore Conference Championship. CBA will be searching for their 15th conference title.