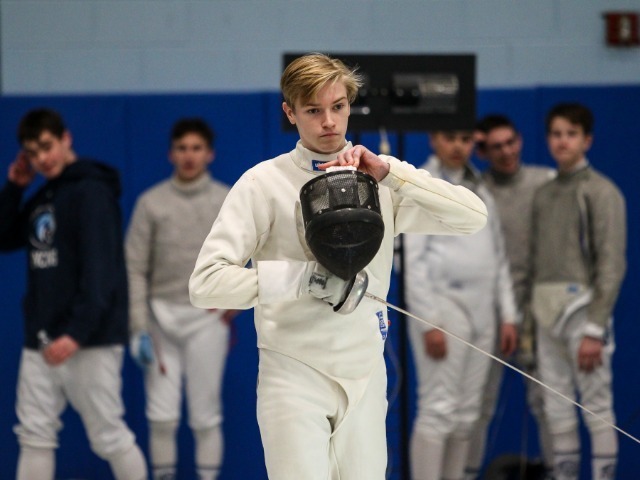 Each year since the fencing program's inception in 2011, head coach Mary Mottola could see her team building to their breakout year.

This winter, the breakout finally happened.

The Christian Brothers Academy fencing team wrapped up their historic season by sending three athletes to the NJSIAA Individual State Championships on Sunday. Senior Tom Gana finished as runner-up in the Epee division, junior Peter Ferraro took 10th in the Foil division, and senior Josh Grano was 16th in the Saber division.

Gana's second place finish was the best position that a CBA Epee fencer has ever finished at the individual states. Grano was first-ever Saber fencer to qualify from the Colts.

It was a season that can be filled with the "best-ever" qualifier.

Christian Brothers had their best-ever finish at the NJSIAA State Squad Championships in both the Foil (second) and Saber (sixth) divisions, while the Epee squad tied their best finish at second place.

The Colts won the United Fencing Conference Tournament for the first time this winter as well. CBA took first place in all three divisions in that tournament, which was hosted by the Academy.

CBA also went 8-0 in the regular season, with their only dual meet loss coming in the state quarterfinals. Both the Epee and Foil squads were NJSIAA District 3 champions as well.

Of course, the Colts biggest win came at the Centrulo Tournament in January, where they won the prestigious, 50-team tournament for the first time ever. Showing how far the program has come, they finished 43rd in their first appearance back in 2013.

While CBA will lose one of their most talented classes of seniors in Gana, Grano, Ryan Hagan, Mike Hennicke and Kenny Skelton, many of this season's contributors will be returning for another run next winter.