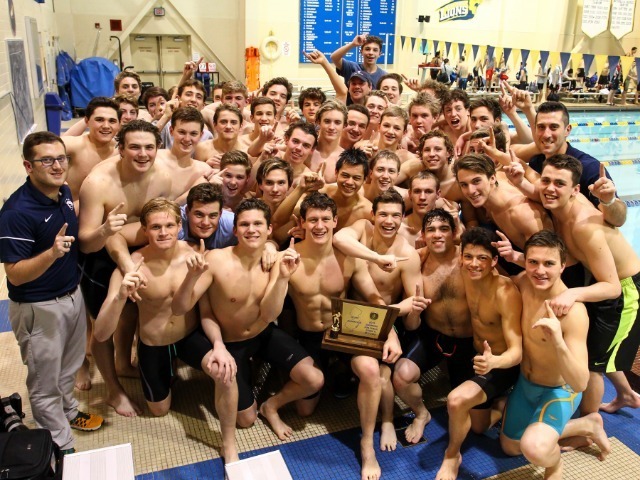 Their mission? Returning the state championship trophy to the Academy, where it lived for seven straight years from 2010-2016.

On Sunday night at the College of New Jersey, the Colts finished their mission, downing Bergen Catholic by a score of 107.5-62.5. The victory marks the program's ninth state title overall.

Christian Brothers won nine of the 11 events, finishing second and third in the only two they did not take the top spot in.

After that, Retterer and Tom Shea swam incredible anchor legs for a 1-2 finish in the 200 freestyle relay to put the finishing touches on a Colts title.

"I couldn't be more proud of this team. They swim for each other and that's the recipe for a championship team," head coach Vito Chiaravalloti said. "After last season, they were on a mission all year to get back to the top, and when that moment came, they embraced it and swam with heart and determination."

The Colts have been one of the most feared swimming teams in the state since Chiaravalloti took over in 2009. Aside from winning seven consecutive state titles from 2010 to 2016, CBA has never lost a Shore Conference Championship, winning 28 straight.

CBA's first swimming state title came in 1998, a team that featured Chiaravalloti as a junior. The 1998 team was inducted into the CBA Hall of Fame in 2015.

"CBA Swimming is truly a family. From our incredible senior leadership down to the newest members of our team, everyone had a role to play in this," Chiaravalloti continued. "I want to thank our incredible coaching staff, parents, and all of our swimming alumni who continue to support this program. This championship is for all of them as well."