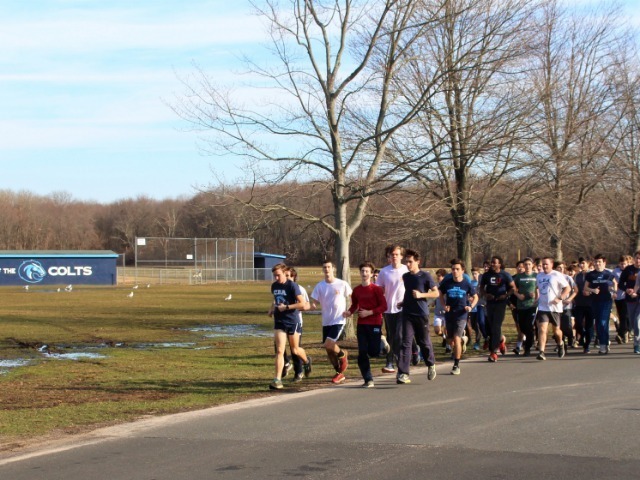 McCafferty was saddened to hear that MSDHS lost their cross country coach, Scott Beigel, in the shooting. Beigel's story has emerged as one of the many heroic figures from that dark day, putting the safety of students before his own. It was just his first year as cross country coach at the school.

With help from his wife Christen, McCafferty published his idea on the leading website for high school and college running, Milesplit.com: to honor Coach Beigel with a social media campaign.

"On Tuesday, February 20th, we want to dedicate all our runs to Scott Beigel and the Marjory Stoneman Douglas HS cross country team. Beigel was the school's cross country coach and a victim of the terrible shooting earlier this week. He heroically saved lives during the events on Wednesday.

We hope every team and runner across the country can get out for a run and post a photo on Instagram or Twitter. Let's use #runwithcoachbeigel and #runwithMSDXC to let the students and staff in Parkland know that they have friends in the running community. Please spread the word."

McCafferty's idea quickly gained momentum on social media leading up to Tuesday. In fact, one of Beigel's runners planned a community run in the Parkland area for Tuesday evening, using McCafferty's idea as an inspiration. They are expecting thousands to run together for Coach Beigel's memory.

Throughout Tuesday, Twitter and Instagram were filled with posts of athletes' runs from across the country, featuring the hashtags that McCafferty drew up. By late afternoon, there were over 600 mentions of the #RunWithCoachBeigel hashtag.

Finally, McCafferty brought the Colts' runners together at 3:00 p.m. on the CBA campus for a short run for Coach Beigel. Prior to their run, senior Kent Anzano led the team in a prayer for Coach Beigel and the 16 other victims at MSDHS.

McCafferty credits the dynamic and growing running community for the tribute's success.

"The running community is different than most sports," McCafferty said. "Running is not an exclusive club that requires membership fees or even any ability. If you can put one foot in front of the other, you are a runner. The running community has embraced each other and continues to grow. This moment shows how dynamic the running world can be."