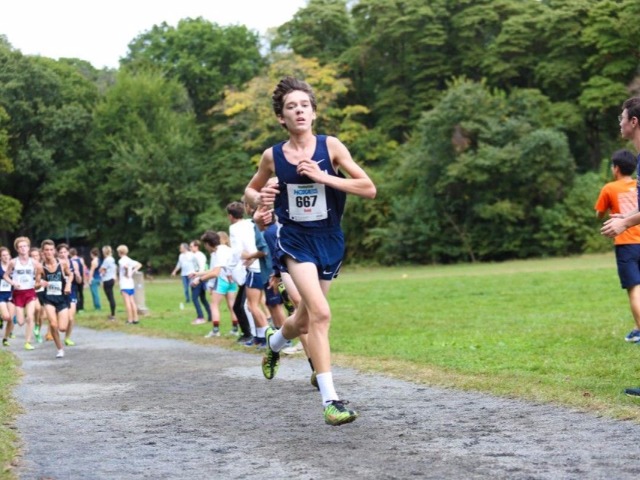 Senior Brian Hill led the way once again for CBA, finishing seventh overall at a 13:03 average. The Colts finished 7-22-32-36-38 to win 136-149 over the nationally ranked Fayetteville-Manlius squad.

"In what is one of the nastiest races every year, our seven raced hard and came out on top," head coach Sean McCafferty said. "Each boy did exactly what we asked of them. This was a great test, but we have to start gearing up for the big ones in front of us. Championship season is calling."

As a team, CBA was eight seconds faster than last year's victory in the same event at the two and a half mile Van Cortland Park course.

The win at the Manhattan Invitational begins a month-long championship season for CBA. The Colts will be back in action on Tuesday at the Monmouth County Championship, followed by the Shore Conference Championship on October 26th.

The Non-Public A State Championship goes off November 11th, followed by the Meet of Champions on November 18th.