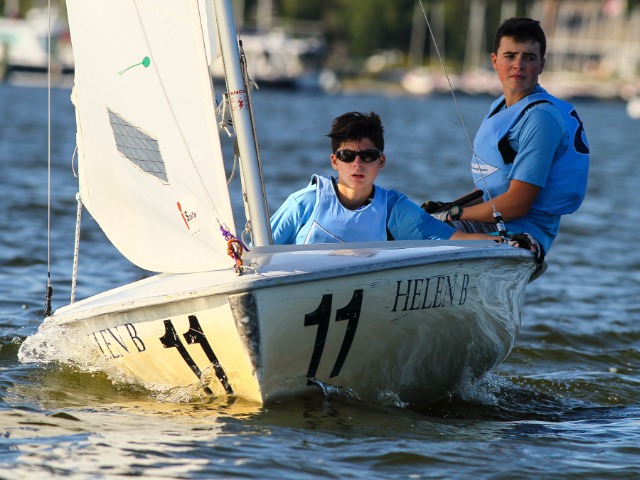 For the fourth straight season, the Christian Brothers Academy sailing team has left the SUNY Maritime campus in the Bronx with a regatta victory.

On a cool, blustery day on the East River, the Colts won Saturday's 18-team, multi-state invitational by 18 points.

CBA was paced by senior captain Michael Ehnot and junior Justin Modin. The Ehnot-Modin tandem never finished outside the top-five in any of the six races, winning the A division by five points.

In the B division, the skipper platoon of junior Ryan Mullins and senior Jack Harrington, with crews John Cocozza and Joe David, won that division by six points and never finished outside the top-five as well.

It is the fourth straight SUNY Maritime Invitational win for the Colts. Christian Brothers won prior regattas there in fall 2015, spring 2016, spring 2017 and now fall 2017.

The Colts now set their sights on the fall league championship, which takes place on October 14th at Toms River Yacht Club.