RUGBY WINS U19 AND U16 SEVENS CHAMPIONSHIPS 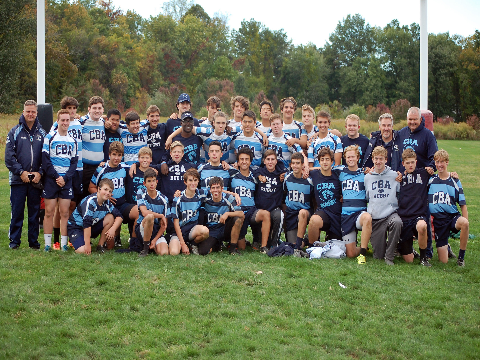 The Christian Brothers Academy rugby program won the 2016 U19 and U16 New Jersey sevens championships on Sunday in the final tournament of the fall season.

The fall sevens championships are played over a series of five tournaments with points awarded for each tournament. In the U19 division, the Colts beat rival St. Augustine by one point in the overall championship series. CBA split meetings with both St. Augustine and Play Rugby Academy Team One (NYC), while sweeping matchups with Hudson Catholic, Morris, Highlanders and Play Rugby Academy Team Two.

Meanwhile, the CBA U16 squad also beat St. Augustine in the overall series. The U16 team won the sevens championship in 2015 as well.

"The improvement in our athletes this year has been remarkable," head coach Pat Moroney said. "The lads work hard all season improving their core skill set and team continuity. Our coaches worked hard to improve the athletes both inside and outside the white lines and I would like to thank Coaches Lenihan, Terilli and Sullivan of their tireless work with both the Varsity and U16 squads."

The rugby team fielded the biggest freshmen class in the program's history this year. The program plays sevens competition in the fall and 15s competition during the spring season.