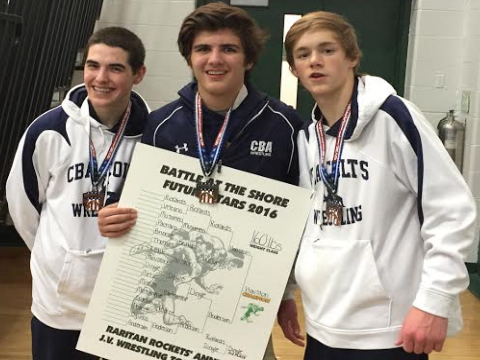 On Saturday, February 13, CBA Wrestlers and Jiu-Jitsu team members found their way to the podium at the Raritan Rockets Annual Junior Varsity Wrestling Tournament. Over 20 teams and some of the area's best emerging competition came together for the event, held at Raritan High School.

All three Academy men will put their skills to the test once again during the Jiu-jitsu Team's trip to Costa Rica in March.