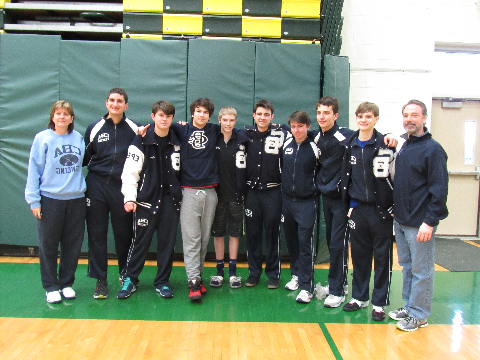 The CBA Fencing epee squad represented the Academy on Saturday at the NJSIAA State Championships with an impressive fifth place finish.

Perhaps the best highlight of the day for the Colts was in their match against Bernards, one of the toughest teams in the tournament.


As the "C" position fencer, Freda recieved a tough matchup against the Bernards' "A" rated fencer. Freda brought the match down to the wire, losing in the final seconds 5-3. Gana then stepped up and delivered an impressive 5-4 win, in a match where the power was lost in the scoreboard and there was a lengthy delay.

Lundborg was the third and final fencer against Bernards and won 5-3, which gave CBA a 2-1 head-to-head win over Bernards, who ended the tournament second overall. The Colts also defeated Ridge and Montclair, who finished third and fourth respectively.

This concludes the team fencing season for CBA, although there is an individual weapon championship next weekend at Livingston High School. A kudos to head coach Mary Mottola and her team for what has been one of the best seasons in CBA Fencing's young history.