RECENT GRAD THRIVES ON THE ICE DESPITE FAMILY 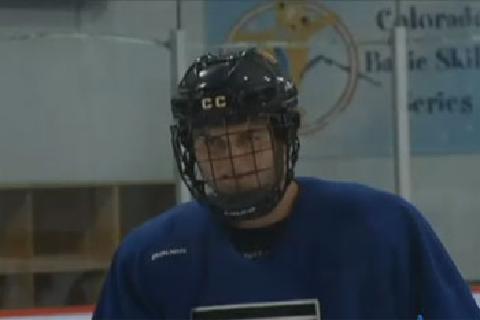 The recent birthday of James Martello, Jr. '12 is also a reminder of the anniversary of losing his father to the attacks on the World Trade Center on September 11, 2001.

Martello was to go to work with his father that day -- a special treat for his seventh birthday -- but his mother's premonition brought him to school instead. Over the years, his mother helped him to benefit from positive male role models in sports, leading up to the freshman's current Colorado College ice hockey coach, Mike Haviland.

"When you have a tragedy go on like that and you see someone succeed in the classroom and succeed on the ice, those are the people you want in your program, you want to surround yourself with, your staff with, and your other players with," said Coach Haviland. "When you get guys like that everyone else starts to follow. I think James is going to be one of those leaders as the years go on here."