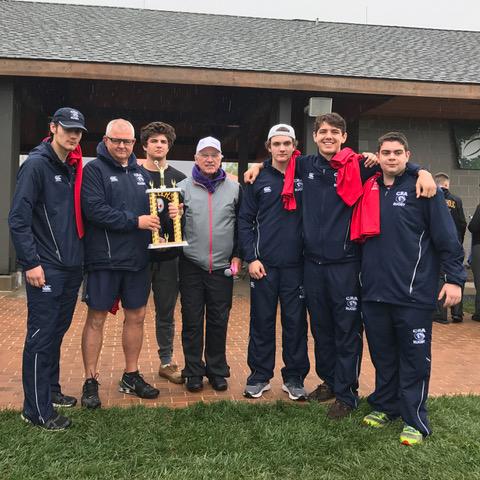 CBA scored ten tries against a sizable and skillful Hudson Catholic team in the win, which also counted towards the regular season in the New Jersey State Championship series.

Hudson Catholic had the majority of possession for the first six minutes before junior second row Cameron DiGorgio opened the scoring with an outstanding break for an unconverted try.

The CBA back-line had to be readjusted last week due to several players being unavailable, but after 23 minutes, senior Aris Magoulas put sophomore Shane Ridoux through for a score.

Early in the second half, CBA dug themselves into a hole, receiving two yellow cards for high tackles, which left them playing 13 on 15. Hudson Catholic took every advantage of this deficit and scored two tries. Just as those two penalties expired, CBA managed to pick up another yellow card, so the Colts played down a player for another 10 minutes.

Hudson scored a third try before DiGorgio burst through the defense for his second score to seal the victory for Christian Brothers.

"The sizable Hudson pack tested our defense, and we stood up to the test," said head coach Pat Moroney. "It was when we were down men that defensive connections were a struggle. We have plenty to work on this week before playing St. Augustine next Sunday at home."

CBA will resume play next Sunday at Thompson Park against St. Augustine.