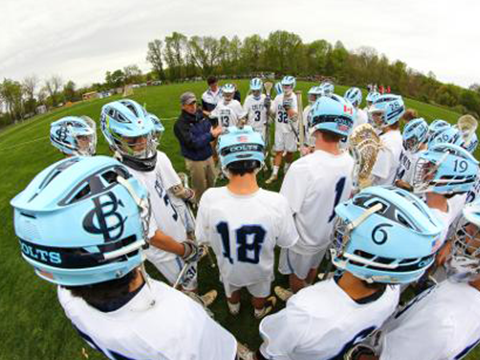 Christian Brothers Academy Lacrosse returns to the field this Saturday, as the Colts travel north to state rival Don Bosco Prep. Before the 2017 commences, we are getting you ready for another exciting season of CBA Lacrosse.

The 2016 Colts finished the campaign at 12-6 and were crowned A North Division Champions for the 14th time. CBA advanced to the Shore Conference Tournament semifinals in one of the most competitive conference tournaments in recent memory. Senior captain John Salcedo was recognized as a U.S. Lacrosse High School All-American, becoming just the the seventh CBA player to receive that honor and the first since 2012. Salcedo, senior captain Gordon Paul and leading scorer junior Nick Casner were named to the Shore Conference Coaches first team all-conference.

Casner and junior Michael Carroll will lead one of the best attack lines in the Shore. Carroll notched 27 goals and seven assists in 2016. Senior Ryan McGuiness will primarily man the goal for the Colts this season. McGuiness has 168 career saves and a 6.36 goals against average.

CBA will once against battle Rumson-Fair Haven, Manasquan and Freehold Township for the Shore Conference title this season. The Asbury Park Press has CBA ranked number five in their preseason poll.

Follow the Colts throughout the season with the best high school social media network in the nation!