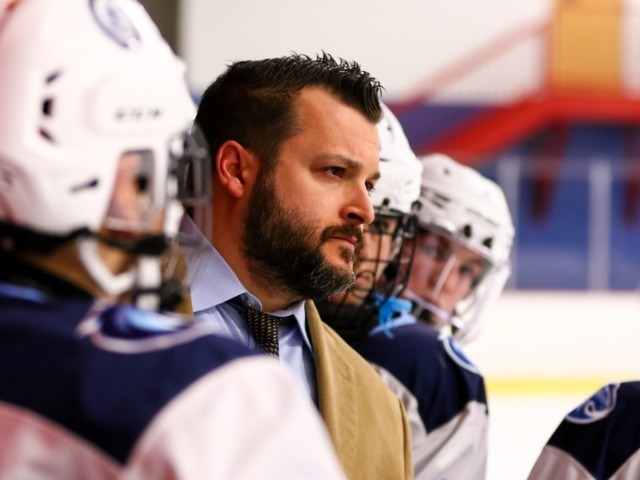 Christian Brothers Academy hockey head coach Andy Gojdycz '96 was named the New Jersey High School Hockey Coach of the Year for the 2019-20 season, as announced by the National Federation for High Schools.

Gojdycz was nominated by the NJSIAA for his impact on the Colts' state championship run last winter. The honorees are selected based upon their coaching performance, lifetime community involvement, school involvement and philosophy of coaching.

The first-year head coach led CBA to a 20-4-3 overall record, winning both the state and conference championships.

It was the first state title since 2015 and first Gordon Cup since 2016 for the Colts.

Christian Brothers ended the season as NJ.com's Team of the Year and then-sophomore goalie Jake Donohoe won NJ.com's Player of the Year.

It was a storybook first season for Gojdycz, who played on three straight CBA state championship teams in the mid-1990s.