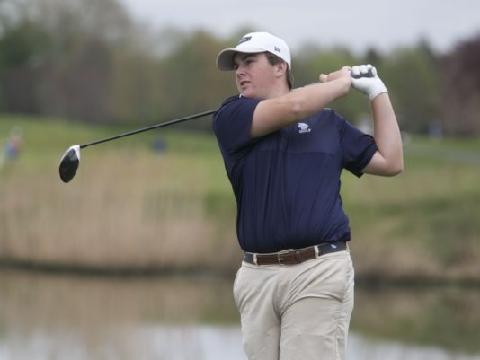 The Colts have been led by junior Chris Gotterup, who won both the Shore Conference and Monmouth County individual titles. At the MCT, Gotterup played a terrific course, going six-under par 66 to win the individual championship at the Howell Park Golf Course. It was CBA's third consecutive MCT Championship.

At the Shore Conference Tournament, Gotterup went six-under par over his last 10 holes to finish at a three-under 69 to pace the Colts. CBA won the Charleston Springs Course-hosted SCT with a four-man total of 297, with second place St. Rose sitting at 313. Freshman Brendan Hansen finished fourth individually, followed by senior Brendan Clark and junior Manny Lazzaro. The win was CBA's second straight at the SCT and fifth in the last six years.

CBA has shown incredible depth over the first half of the season with seniors through freshman contributing. Aside from Hansen's performance at the SCT, freshman Jack Wall finished in a tie for second place at the MCT.

CBA now goes back to head-to-head play before the state sectionals begin on May 16.