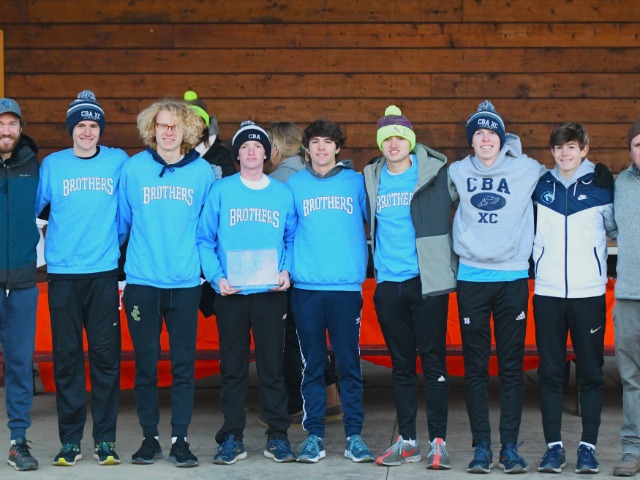 For the 10th consecutive year, the Christian Brothers Academy cross country team is heading out to Oregon to represent the Northeast at the Nike Cross National Championship.

The Colts finished as the runner-up at the Nike Northeast Regional last weekend to earn the berth.

"Ten years in a row is an outstanding achievement. We have worked hard and paid attention to the right things over this decade in order to succeed," head coach Sean McCafferty said. "Coach Heath created and fostered this program for decades and Coach Bennett helped get this streak rolling. I've been lucky enough to have great assistants and excited kids. Coaches Mazzaccaro, Torchia and I simply feed the boys the workouts and plans. They do the work."

The Nike Nationals will take place on Saturday, December 7th in Portland, Oregon.

The Nationals berth tops another banner year for CBA XC. After winning the Monmouth County, Shore Conference, State and Meet of Champions titles, they were named NJ.com Team of the Year.

CBA has been led by seniors Shaw Powell and Troy Hill, who consistently serve as the Colts' top two finishers. McCafferty says that will be no different this upcoming weekend in Portland.

"Whenever we lose strong personalities to graduation, we often have some growing pains. But since October, our seniors have taken on a stellar leadership roll," McCafferty said. "Navigating NXN is not easy, especially for new runners. We will rely heavily on Troy and Shaw this weekend as they have been part of this meet in the past."

While CBA has won five championship meets this fall, none of them compare to the spectacle that is the Nike Cross Nationals. With 20 boys teams from across the nation, the race is highly competitive and multiple teams have a shot at winning.

"We will tell the boys that being overwhelmed is OK and it's going to happen," McCafferty said. "But when it comes down to racing, it is a 5k with your friends, brothers, teammates. The course itself is not hard, but the pomp and circumstance - as well as the mud - make it challenging."

The boys Nationals race will begin at 1:05 p.m. eastern time on Saturday. A livestream will be available on NikeCrossNationals.com.