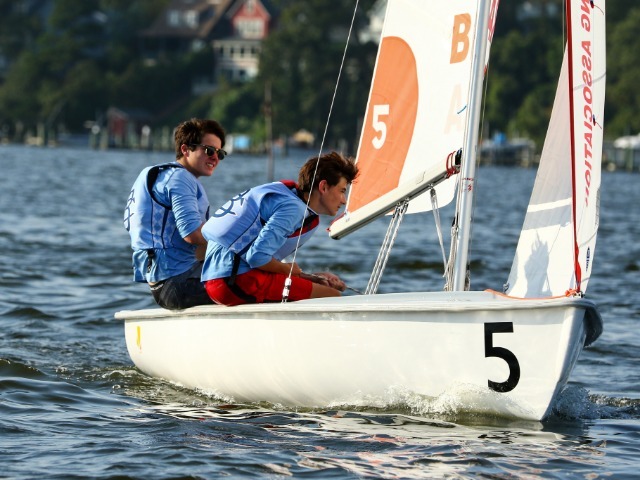 The Christian Brothers Academy sailing team is headed back to the Mid-Atlantic District Fleet Championship for the seventh time in the last eight fall seasons.

The Colts qualified for the district championship after finishing third overall at the 28-race New Jersey qualifier at Toms River Yacht Club on Saturday, September 28th.

CBA was led by an impressive performance from Colin Guerrera '22, Connor Feury '22 and Andrew Chiles '23 in the B Division. Guerrera and crew finished third in the B Division, only finishing out of the top-five in one out of their 14 races. The B Division team also won two races on the day.

In the A Division, Ryan Ehnot '22, Joe David '20 and Bryce Vitiello '23 finished the series strong to secure fourth in their division. Ehnot and crew finished in the top-five in six of the last seven races, including winning the final race of the day.

Christian Brothers will now travel to St. Mary's College of Maryland on the weekend of October 19th and 20th to face the best teams in the Mid-Atlantic District. The district is comprised of teams from New York, New Jersey, Pennsylvania, Maryland and Virginia.

It has been a nice, consistent fall season so far for CBA, as the Colts have finished in the top-three in each weekend regatta that they have sailed in, including the Sailfest Regatta on September 7th and the BBYRA Invitational on September 21st.