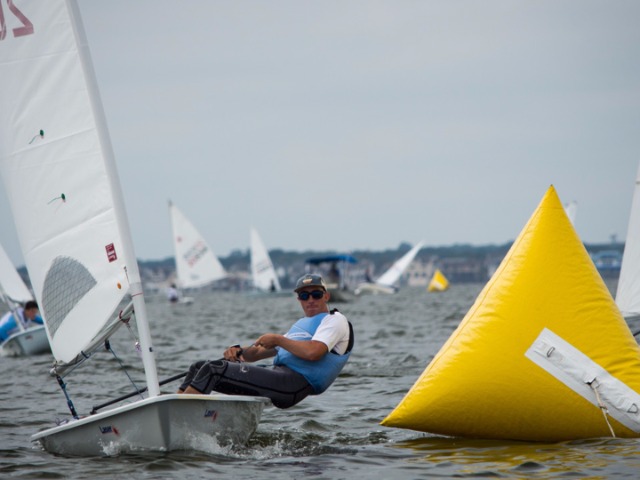 For the third straight year, Christian Brothers Academy will be represented on one of the country's biggest high school sailing stages.

Senior captain Michael Ehnot used a top-three finish this past weekend at the Mid-Atlantic District Championship to advance to the Cressy Singlehanded National Championship, which will be held in St. Petersburg, Florida in late October.

With 40 sailors vying for six Nationals spots, three in each division, the racing at Lavallette Yacht Club was tight throughout. Competitors hailed from New York down through Virginia. Ehnot qualified with sailors from South River High School and Archbishop Spalding High School, both in Maryland.

It is the third consecutive year that Ehnot has advanced to the Singlehanded Nationals. Prior to Ehnot's streak, CBA had just one singlehanded qualifier in the team's history.

Ehnot has been a pivotal part of the great success of CBA Sailing over the past four years. October's Singlehanded Nationals will be the fourth national championship that Ehnot has competed in as a Colt, including last May's High School Sailing Doublehanded National Championship, which CBA qualified for as a team.

The Singlehanded National Championship will be held October 28-30 at the St. Petersburg Yacht Club. Ehnot will join 35 other qualifiers from high schools across the nation at the regatta.