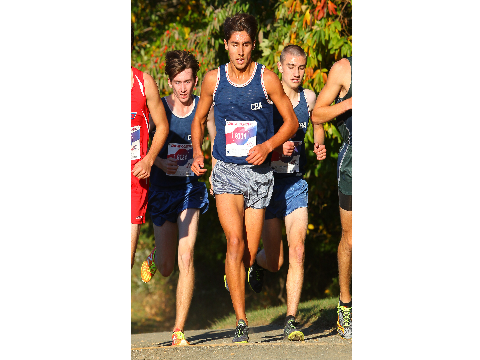 The Christian Brothers Academy Cross Country team will open their 2016 season on Tuesday, September 13 at CBA. Rivals Colts Neck and Manalapan will be visiting Lincroft for a tri-meet to kick off the new campaign.

Of course, CBA Cross Country is known nation-wide for their incredible 343-straight dual meet victories, a streak that began with a 15-50 victory over Marist on September 19, 1974. "The Streak" quickly grew to become a staple of CBA tradition- a commitment to victory, and a common link between nearly every runner who has donned the original varsity cross country singlet. On September 28, 2004, The Streak broke the national record with victory number 266.

Tuesday's meet will be CBA's first without the man who began the tradition of excellence: Coach Tom Heath. Coach Heath retired at the end of the 2015 season after 45 years at the helm of CBA XC. He guided the CBA Cross Country team to 26 state championships, 21 Meet of Champions titles, 15 Eastern Regional wins, and a Nike National Championship in 2011.

New head coach Sean McCafferty was hired in the spring of 2016 after two years as Heath's right-hand man. McCafferty was the 2012 state Coach of the Year with Holmdel High School. Also joining the CBA coaching staff is Mike Mazzaccaro, who starred for the Colts from 2007-2010. Coach Karl Torchia returns as an assistant coach as well.

CBA was ranked number four in the nation by MileSplit.com, the leader in United States high school running coverage. NJ.com ranked CBA as the top cross country team in the state.