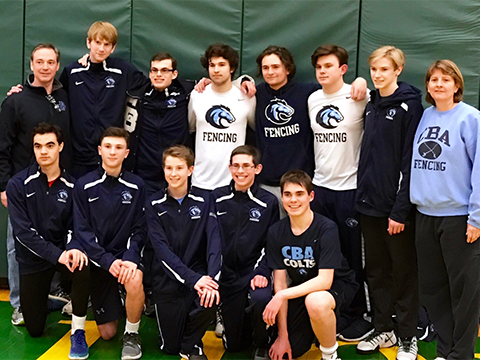 For the first time in team history, the Christian Brothers Academy fencing team took all three squads to the 2017 NJSIAA Squad Championships this past weekend at North Hunterton High School.

On a day where each CBA fencer had to take part in 19 bouts, the team continued their tear, with Epee finishing second, Foil notching fifth and Saber taking seventh.

Christian Brothers will send both Gana and Tad Lundborg to the individual state championships next weekend, which will wrap up the schedule for the Colts.